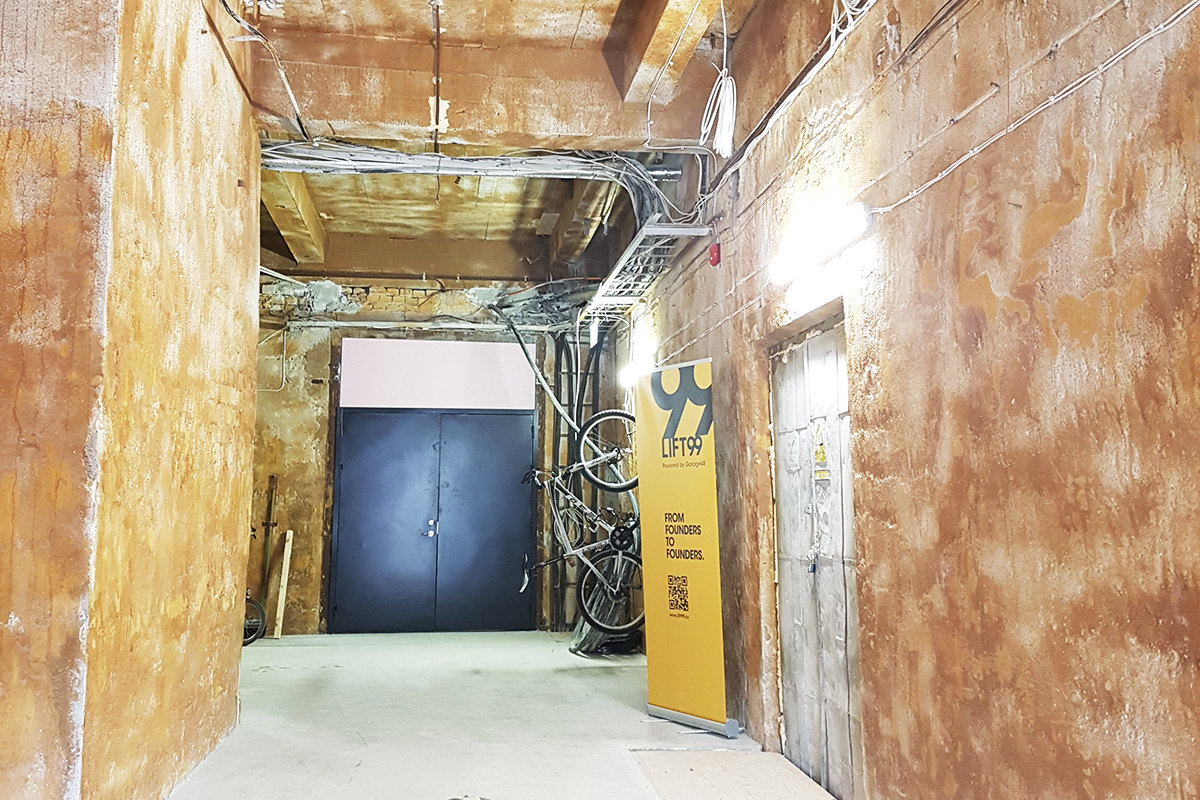 Hackathons, as they become more and more popular for a good reason, do not only compete with most interesting data sets, but also with the facilities. When competing with the comfort, Garage48 Big Data & Open Data was strong in Tallinn.

Telliskivi, the most hip area of Tallinn, or “Creative City” as they call it, filled with quirky restaurants, design shops, artsy environment, and somehow a “little Berlin” feeling, for sure is exciting place to hold a hackathon.

On Friday, the participants had pitches about their pre-thought or invented-on-spot project ideas. Total of 23 ideas were presented in short pitches. Then people who wanted to join in the project ideas attached their talent, front-end or back-end developing, business, or design, to the project. As some of the teams had too little number people, they were eliminated and joined to other teams until 14 projects with at least 4 persons in a team were left.

On Saturday morning, as the hackers crawled up and continued to work the projects started the evening before, the site seemed first quiet. This however, was just an illusion since the venue, Lift99, was just rather smart in hiding the teams into two floors of rooms. When entering one room then, the hackathon energy, keyboards clicking, people discussing, and inspiration flying in the air hit you in the face like a wrecking ball.

The mentoring mentality is something worth mentioning. Over 20 mentors, divided to their skill sets in business, tech, and design, were meeting together and discussing the team ideas and development. They were thinking for example who has the most experience in the area of the project, who would have contacts to share with the team to get some more detailed support. “The projects were good, I was happy to see some of my students from the university there. Very practical solutions!”

On Sunday, the day for pitching, one could feel see the teams going around and talking by themselves, practising their turn. They had extremely good help in the morning with their pitches, when Priit and couple of mentors made the teams have pitch a rehearsal. Instructions how to use the microphone, reminder to thank the team, and very detailed individual pitch tips were given, and it showed. When the teams then pitched in the evening to a full audience, the development from the morning rehearsal to the real pitch was loud and clear.

MyData Conference’s challenge “Make personal data handling more understandable!” was put in to trigger some solutions around personal data handling. We came there with a prize, full conference day tickets to the team and we rewarded team PSII, Personal Sensitive Identifiable Identity, shortly explained their solution was a scanner that identifies personal data and makes process of hiding it faster.

The aggressive pitching style of the team was amusing to the crowd. The big, closing, unclear cloud of EU GDRP worked as a kick in, pinpointing with a finger that every government, private company that is not compliant in 12 months is in trouble, and that kids and persons with disabilities are the ones taking the cost. The unique presentation method really worked as a power tool for their message. Like Priit, organiser and host of the hackathon, put it “this was a kick in the nuts”. The demo was done with the Estonian parliament (Riigikogu) API’s test-environment.