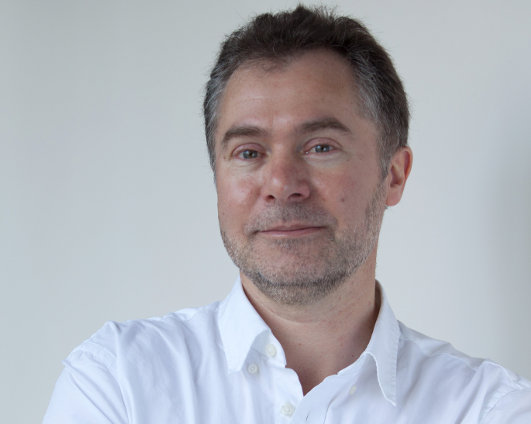 My lifework is about making the future more imaginable, so that more people feel they can play an active part in it.

I didn’t exactly know that when I founded one of the world’s first digital communication agencies (JKLM) in the late 1980’s. It subconsciously drove me when I got involved in the Internet’s development and evolution in the 1990’s, contributing to the Internet Society worldwide as well as the creation of ICANN.

It became clearer in 2000 when i co-founded Fing, the “Next-Generation Internet Foundation”. Fing has since become France’s most innovative think & do-tank on digital (and other) transformations. Among other things, Fing gave birth to the MesInfos project, whose goal is to “empower people with their own data”.

I was Fing’s CEO until December 2016, when I handed the wheel to my co-founder Jacques-François Marchandise in order to make time for a new idea that I call “Imaginizing the Future”

Resumé-wise, I have written or directed more than 25 books and public reports about what cities, education, identity, inclusion, social bonds, trust, privacy… may or should become in a highly digitized society, on the complex link between the digital and the ecological transitions, and more generally on original ways to reflect on the future. Almost all of them are free to download, use, copy, etc. After serving in the European Commission’s e-Europe’s Experts Chamber, I currently sit (and act) in France’s National Digital Council.

All session by Daniel Kaplan

MyData Local and National Initiatives Around the World